On Wednesday, May 17, we launched NYCEDC’s Futureworks Incubator with a kickoff event at A/D/O in Greenpoint. The Incubator champions and supports the growth of hardware startups across NYC and builds on the success of the New York’s Next Top Makers program. Below are 16 of the 32 startups in our Market Validation cohort. From Active Hands’ assistive rehabilitation equipment to Secco’s insta-cleaning technology, NYC-based companies are focused on improving quality of life. Over the next nine months, we’ll be working closely with each team to help them produce locally, recruit talent, streamline operations, tell their stories and set them up to raise capital.

Futureworks Incubator is designed and run by global innovation agency SecondMuse and Chelsea-based Imagination in Space. Get to know the companies below as well as the 13 Manufacture & Scale startups and the additional 16 Market Validation companies. Join the Futureworks community to learn about subsidized production and contract manufacturing opportunities through Futureworks Shops. Or, follow along on Instagram and Twitter. 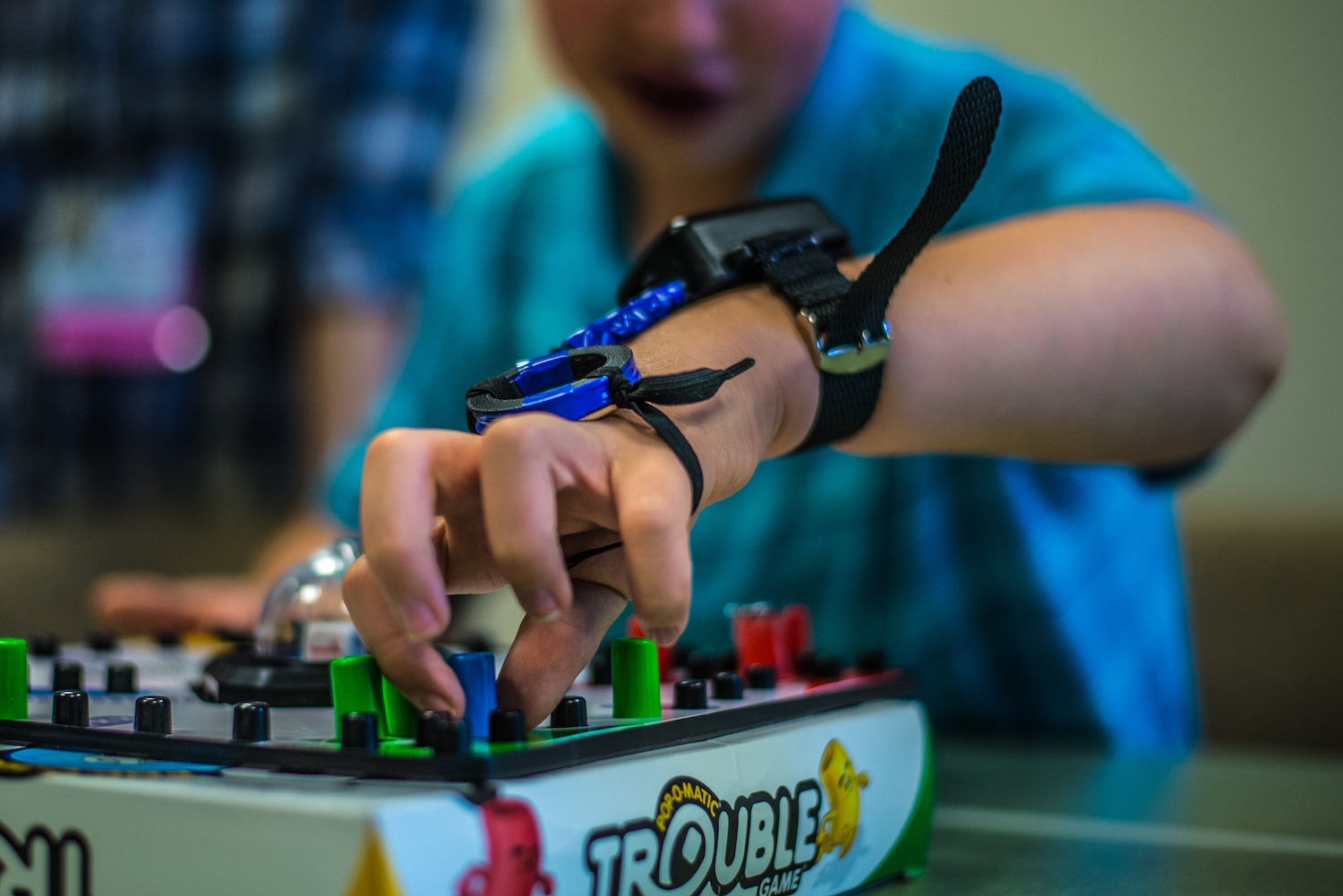 Active Hands
Therapists currently have no means of qualitatively monitoring home-based therapy. Active Hands’ device uses RFID technology to identify functional task-specific objects and monitors how they are used. They recently won the Kaylie Hardware Prize, and $50,000 from Zahn Innovation Center. Active Hands’ initial product development was sponsored by clinician/researcher Dr. Kathleen Friel at Burke Rehabilitation Hospital in White Plains. Their products help people with disabilities make better use of their hands and arms through gripping aids and assistive technology. Get to know Active Hands and join them on Facebook. 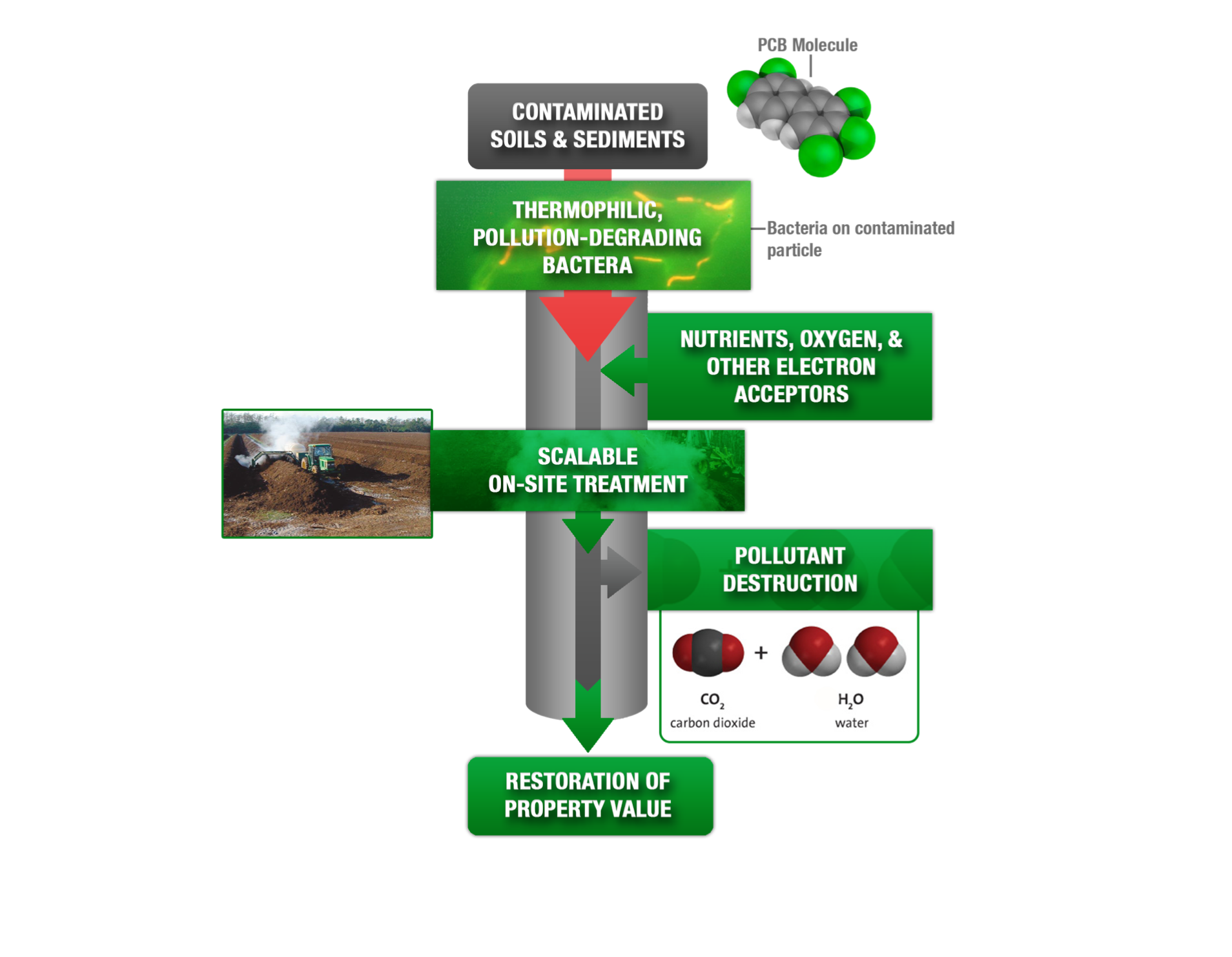 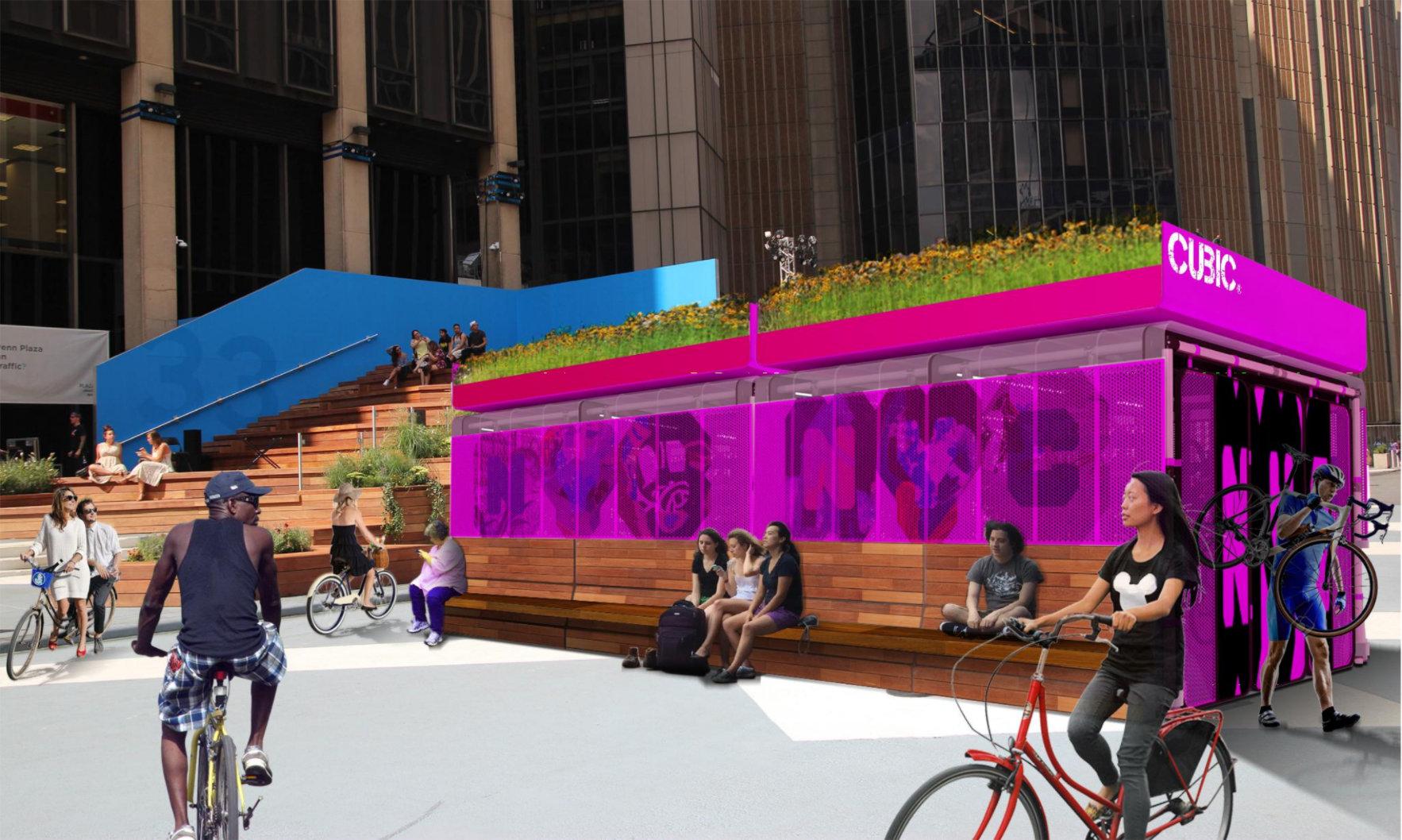 CUBIC
After having his bike stolen for the third time, Founder and CEO Shabazz Stuart leveraged his experience in the public policy and public space realm to design a concept for smart, elegant, modular, secure bike parking. The kiosk is designed to scale and will be operated as a network with placemaking in mind. Eventually the kiosk will be able to provide space for other uses such as concessionaires and vendors. Shabazz Stuart worked at the Downtown Brooklyn Partnership for three-and-a-half years under the leadership of President Tucker Reed. Get to know CUBIC. 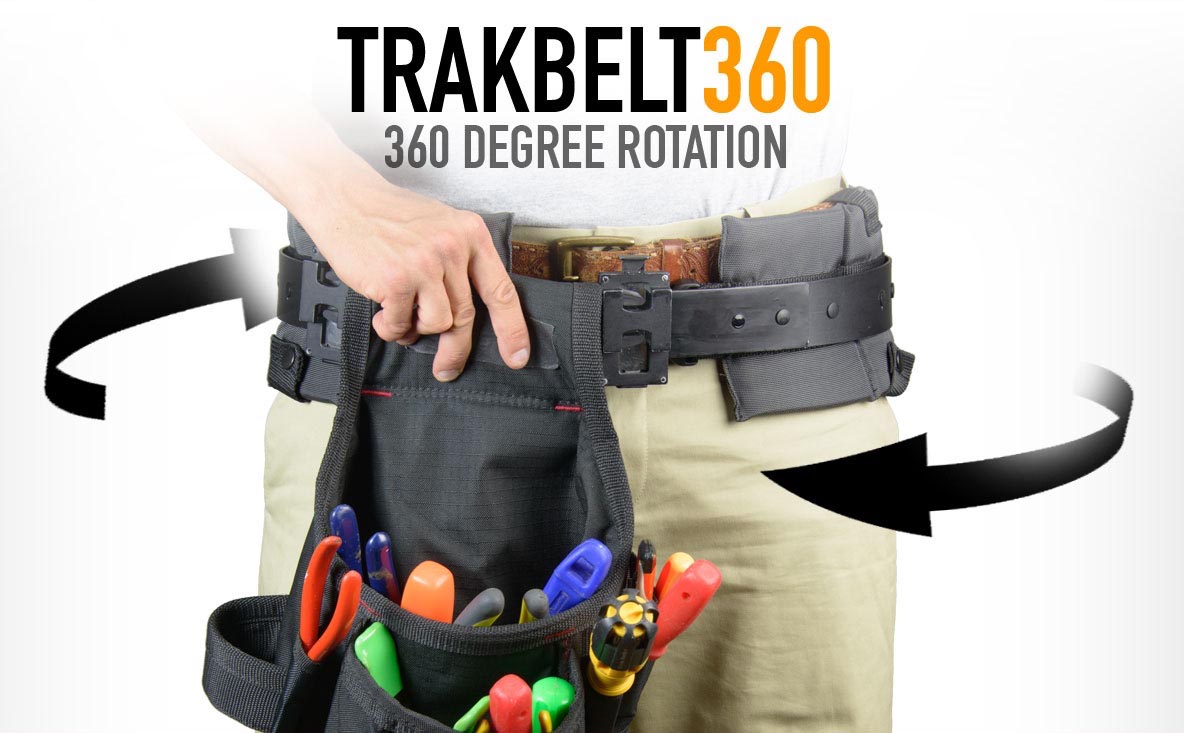 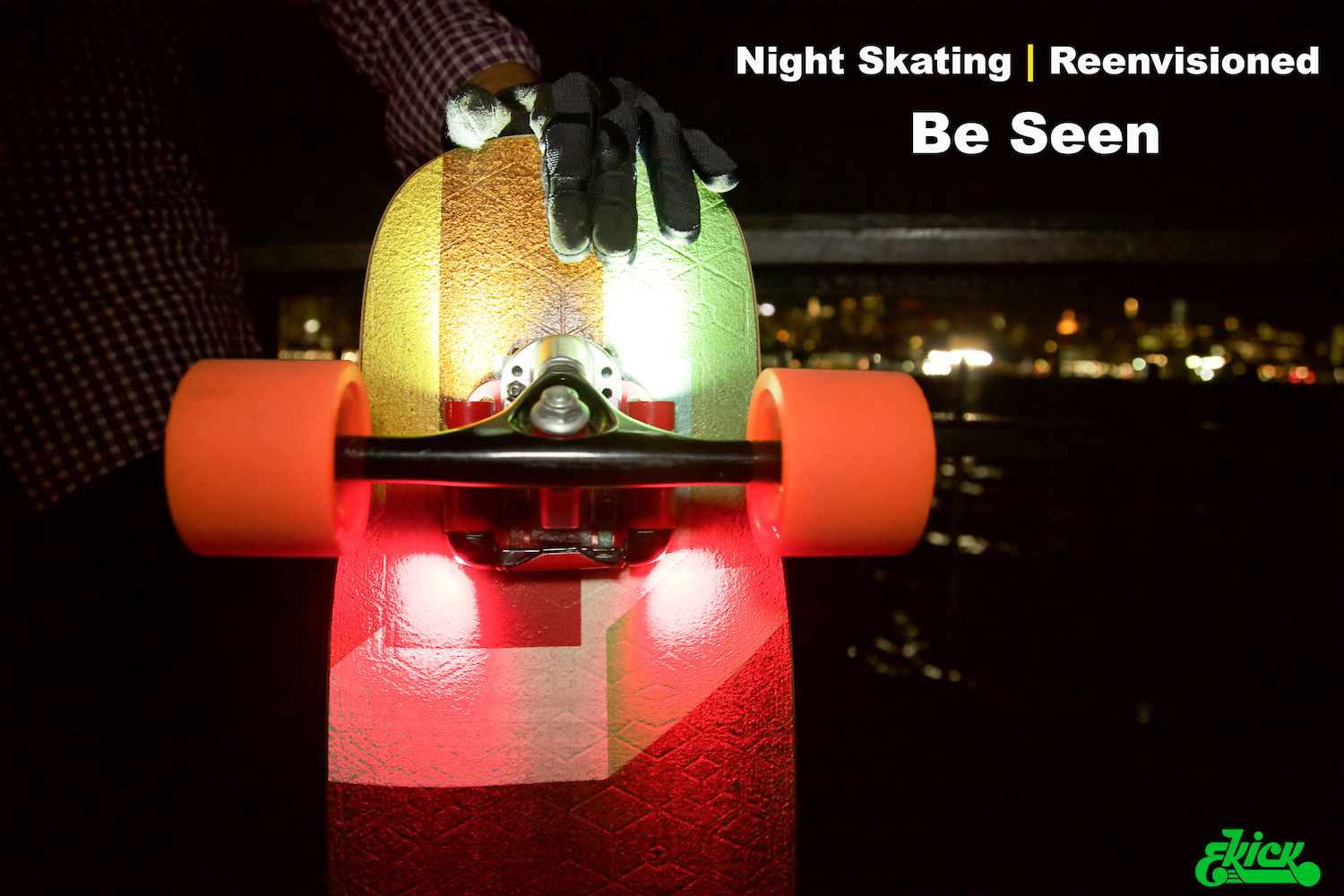 eKick Technologies
Proud to be established in Harlem, Ekick Technologies was founded by City College of New York students with a desire to make things that move with you. Their Torpedo Lights allow skateboarders to be seen at night on and off the road as well as to see rocks and potholes ahead of them. Get to know eKick and join them on Instagram. 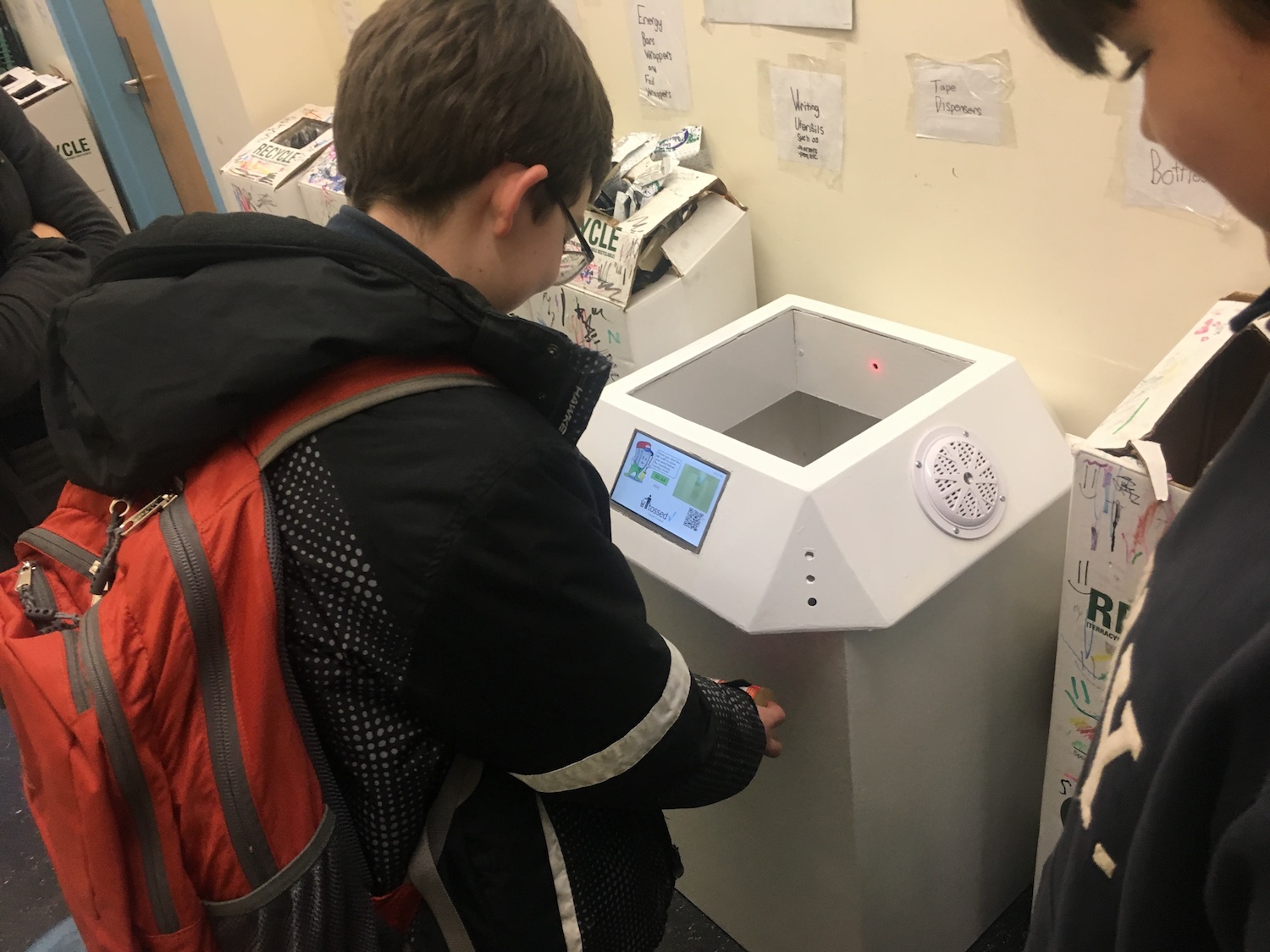 Emrals
The story of Emrals begins in the spring of 2014 when Sean Auriti and Alan Minor were chatting at Alpha One Labs and came up with the idea for a smart trash can. Sean went on to build and showcase his invention, the eCan, at several hackathons across NYC and at the Big Apps competition at which Emrals received accolades for its mission to help reduce litter through civic engagement. The first six prototypes of the eCan were sold to a university, a Business Improvement District, and a commercial space. Get to know Emrals and join them on Twitter. 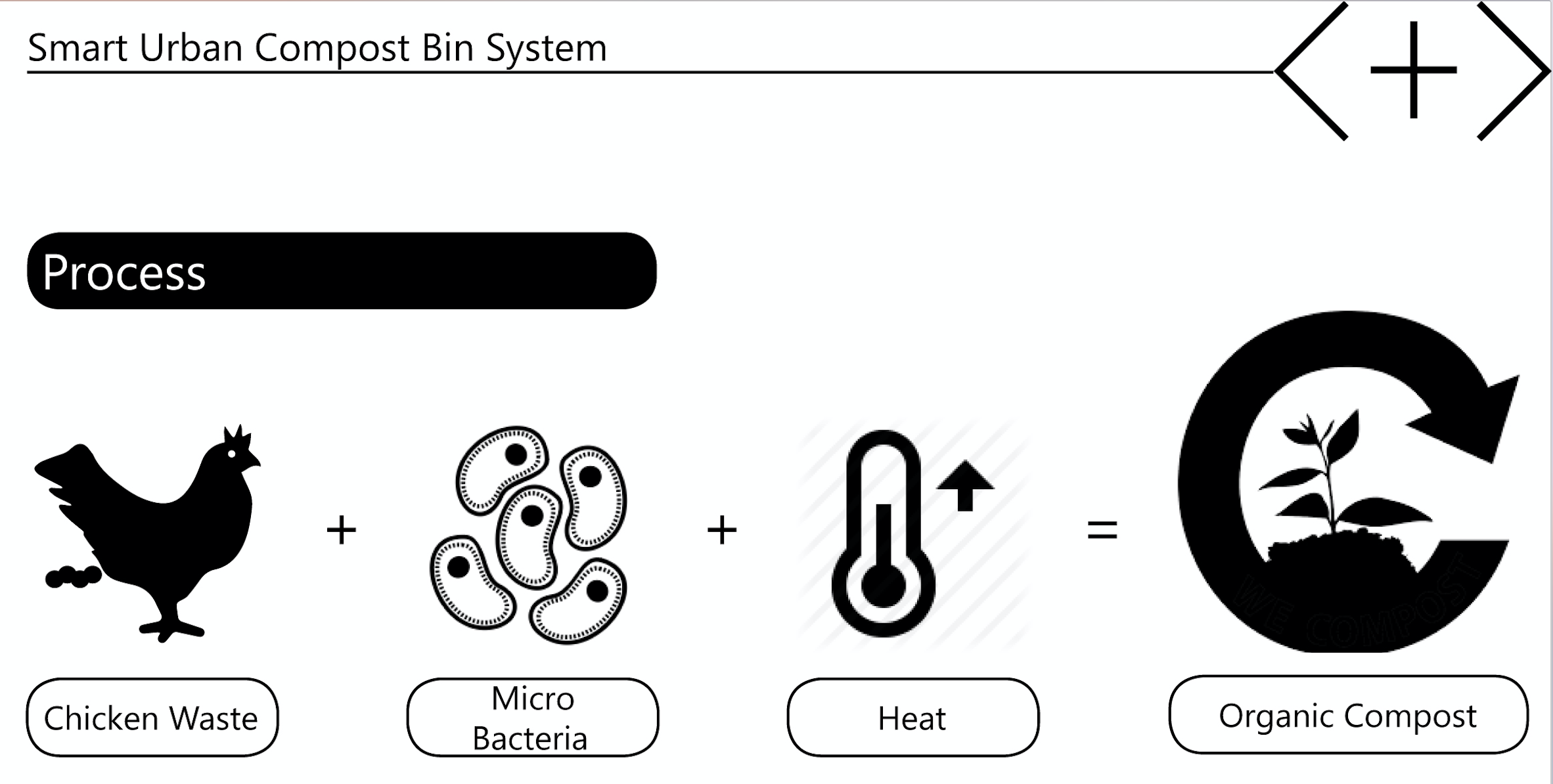 KPLUSC
KPLUSC’s compost bin removes food waste and turns it into pure organic fertilizer that sustains and renews the earth. And, they’re trying to do it in a way that’s 50 times faster than the traditional way of composting. Their design looks great and fits seamlessly into every kitchen. Get to know KPLUSC and join them on Instagram.

INVIP
After winning a Google Hackathon in Buenos Aires with an app that recognized grocery items, INVIP realized the idea could be useful for people who suffer from vision loss. They started collaborating with Edson Tapia, who is blind, to figure out how they could improve his daily life with technology. INVIP uses Amazon Alexa and Raspberry Pi to create a novel, mobile assistive technology that works like a personal assistant for the blind with simple questions like “What’s in front of me?” INVIP has been awarded several prizes from New York University (InnoVention, Summer Launchpad, I-Corps, Prototyping Fund) and is dedicated to make new technologies affordable and accessible to everyone. They’re working with NYU and the New York Public Library – Andrew Heiskell Braille and Talking Book Library. Get to know INVIP. 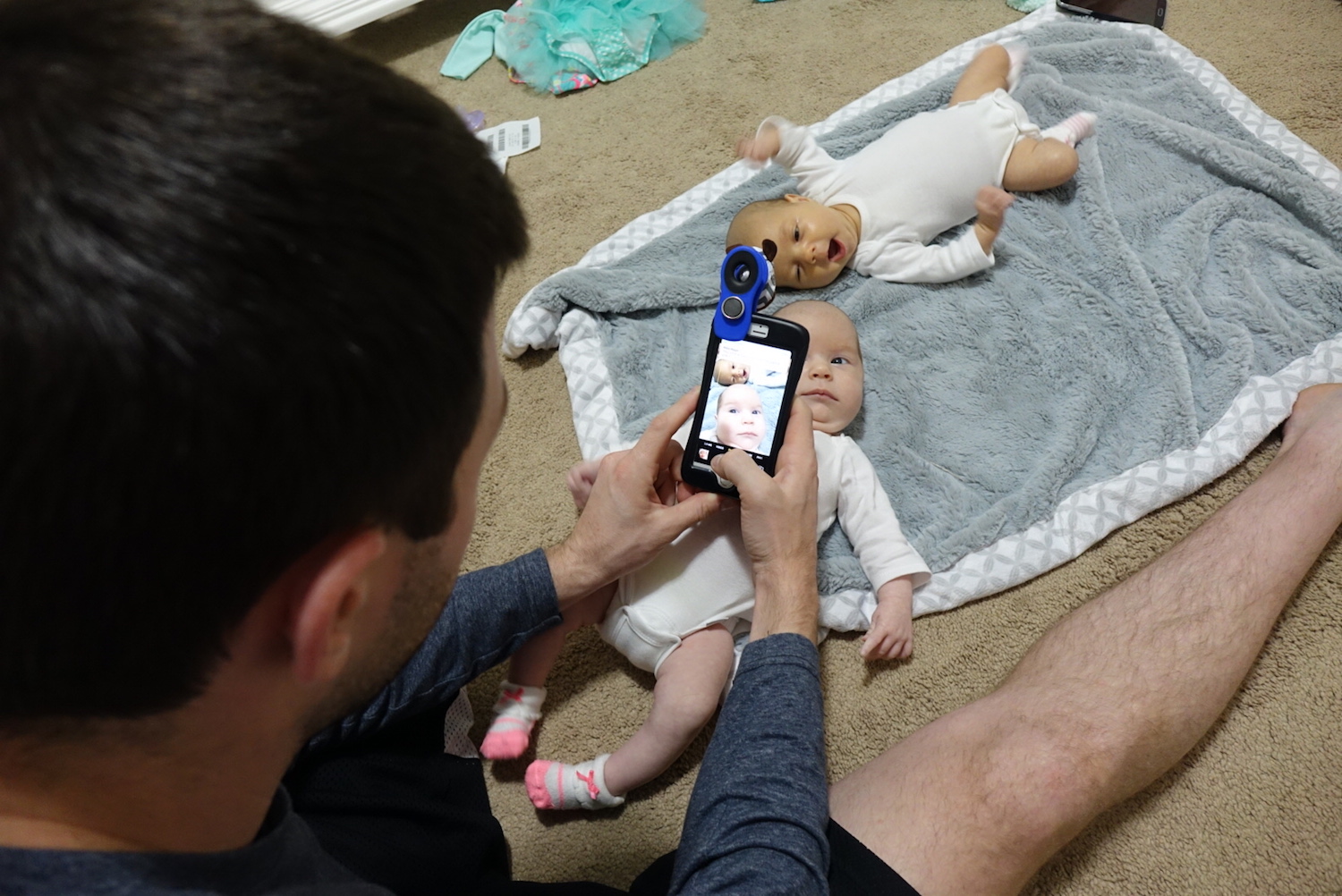 Lookalu
Trying to quickly grab that precious photo of your smiling three-month-old? FaceTiming with Grandma but can’t get the little guy to focus? Getting a baby to actually look at the camera can seem impossible. Inevitably, parents are forced into a desperate and humiliating game of clapping, yelling, jumping, waving, and funny-face making. Enter Lookalu, the easiest way to capture your baby’s beautiful moments. They’ve created a clip for smartphones with a cast of plush-toy characters that bring their products to life. Lookalu is a smartphone accessory that instantly grabs and holds your baby’s attention for that perfect shot. Simply clip your Lookalu to any device, rattle your device to get your baby’s attention, and take your photo or video. And when your little one wants to play with one of our adorable, friendly characters, simply detach the plush toy from the clip, and your baby has a new friend. Get to know Lookalu.

MedicaSafe
Delivery of better health outcomes without disrupting lives is a foundational design principle for MedicaSafe. Their product, Regi, makes complicated, high-risk outpatient therapy manageable for the most vulnerable patients. Regi will recognize bottles or blister-packs as they come prescribed (so there’s no complicated loading), direct patients to take the right medication at the right time with friendly , and sense and communicate adherence data at the single-dose level. Roughly 50% of patients do not take their medication as directed and nonadherence is responsible for up to 25% of excess hospitalizations and readmissions. Get to know MedicaSafe and join them on Twitter. 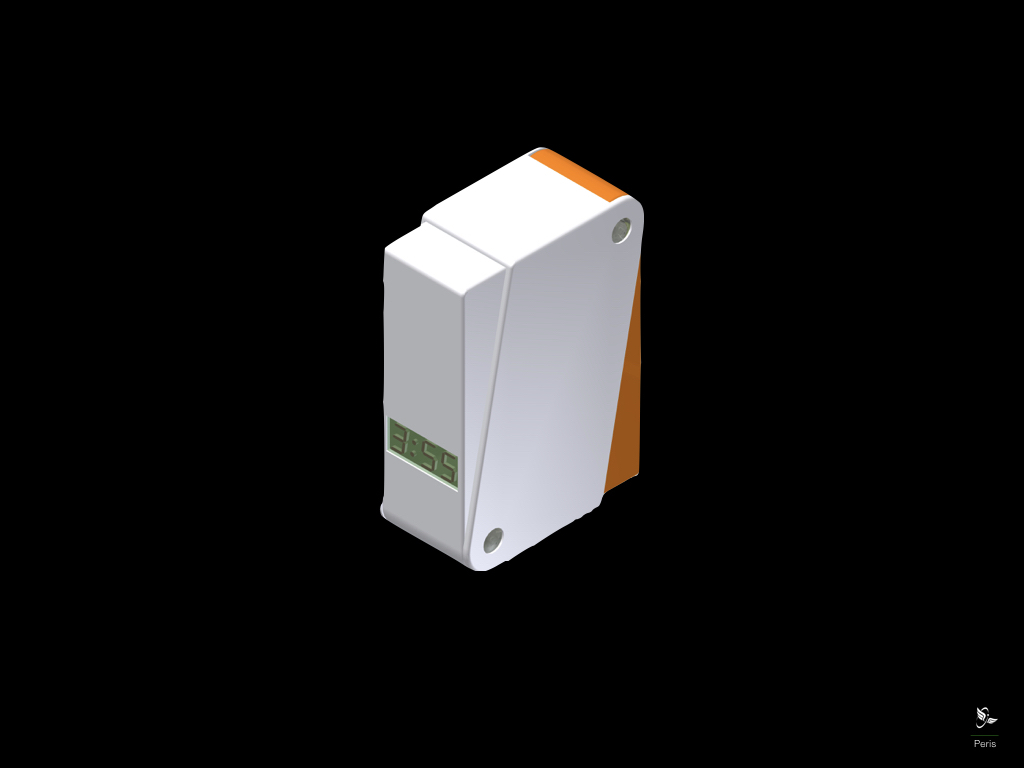 Peris
With more than 60 people dying every day in the U.S. from a prescription opioid overdose, Peris is at the forefront of combatting the opioid epidemic. We empower users through preventing medication overuse by providing them with a proper medium which regulates their medication intake. Peris produces affordable, portable, and secure pill bottles that only dispense the prescribed dosage at the prescribed time. By preventing medication overuse, we significantly reduce the risk of addiction or a deadly overdose. Peris is changing the way people take their medication. Get to know Peris and follow us on LinkedIn. 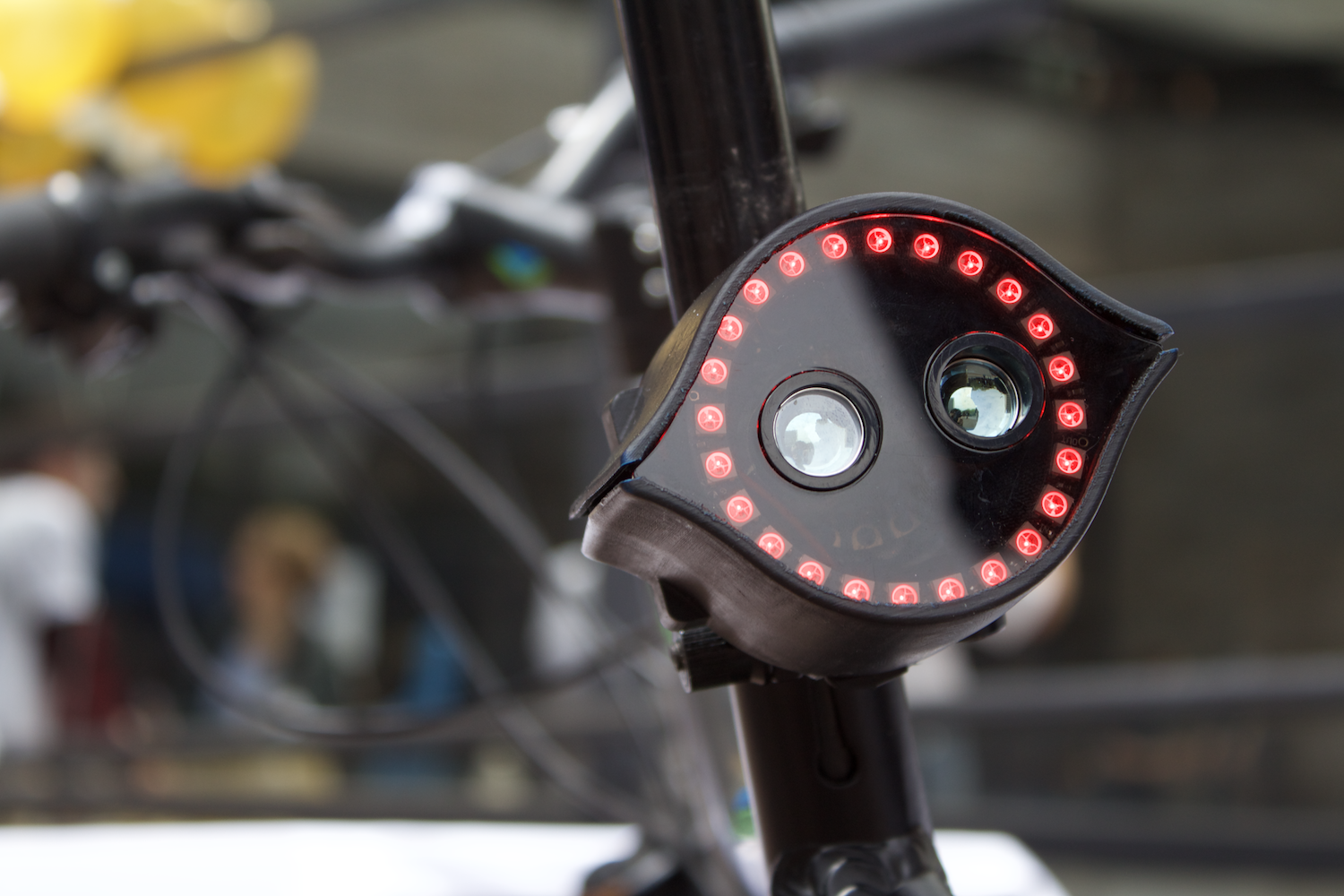 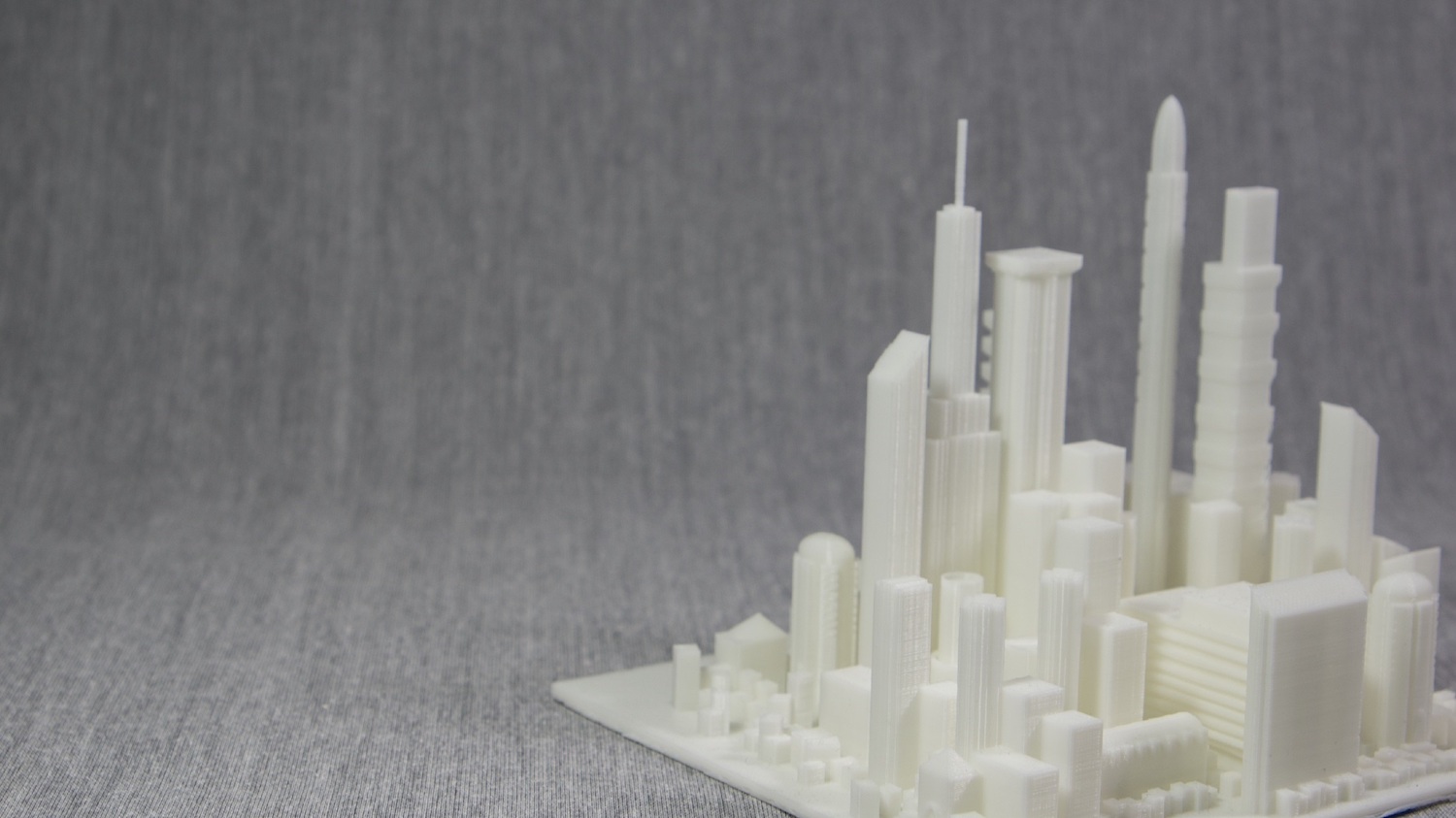 R3 Printing
After years of running a 3D printer out of their college dorm room, the partners at R3 Printing dove feet first into tackling the most pressing problem faced by 3D printer users worldwide: how to get their hardware to deliver a perfect print the first time. Based on their years of hands-on experience, R3 Printing is developing products which specifically address the hardware issues found in most on-the-market 3D Printers. Get to know R3 Printing. 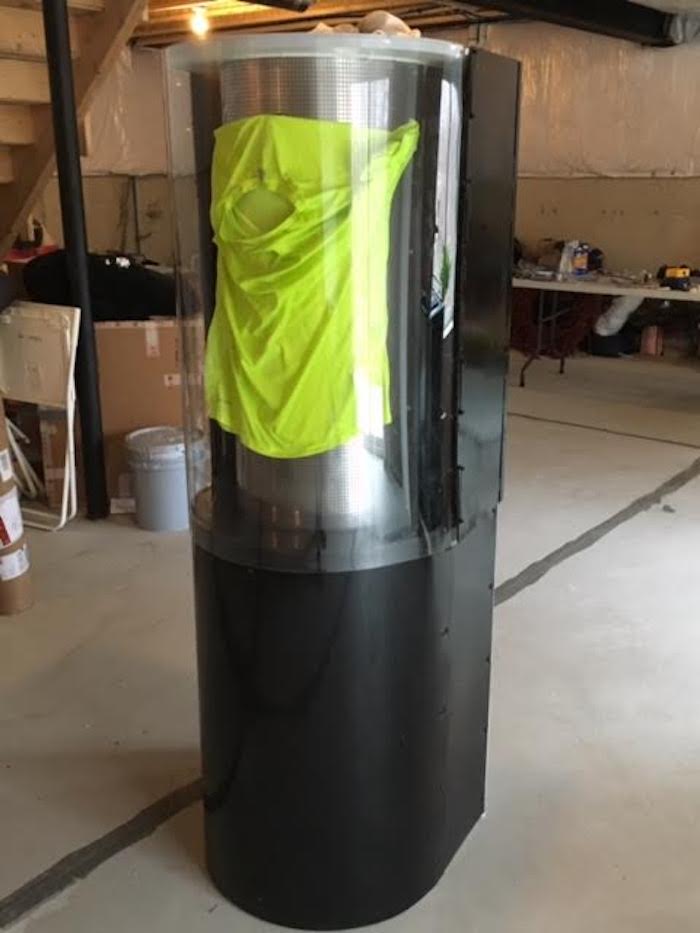 Secco
Secco is developing novel hardware and technology to disrupt the way people clean clothing. Their machine dries, sanitizes and deodorizes clothing in minutes – or seconds – using much less energy, no soap and no water. The idea was prompted when Erika Ostroff was at USC and balancing a full-time job. She’d wake up in downtown at the crack of dawn, exercise somewhere en route to Yahoo’s offices in Santa Monica, work until 5 pm, drive back to school, attend night class, go home, and start from the top. She’d return home after 12+ hour days with wet, sweaty clothes in plastic bags that were provided by gyms and studios. It occurred to her that it would be so convenient if she could just dry her clothes after working out. She finished school, was relocated to work in New York, but was still facing the same predicament. Erika fortuitously connected with Arjen, and together they sought out a solution with a goal of quick-drying clothes, while sanitizing and deodorizing them in the process. The chemistry – literally and figuratively – was perfect. And it dawned on them: The process of cleaning clothes had yet to be disrupted. Get to know Secco. 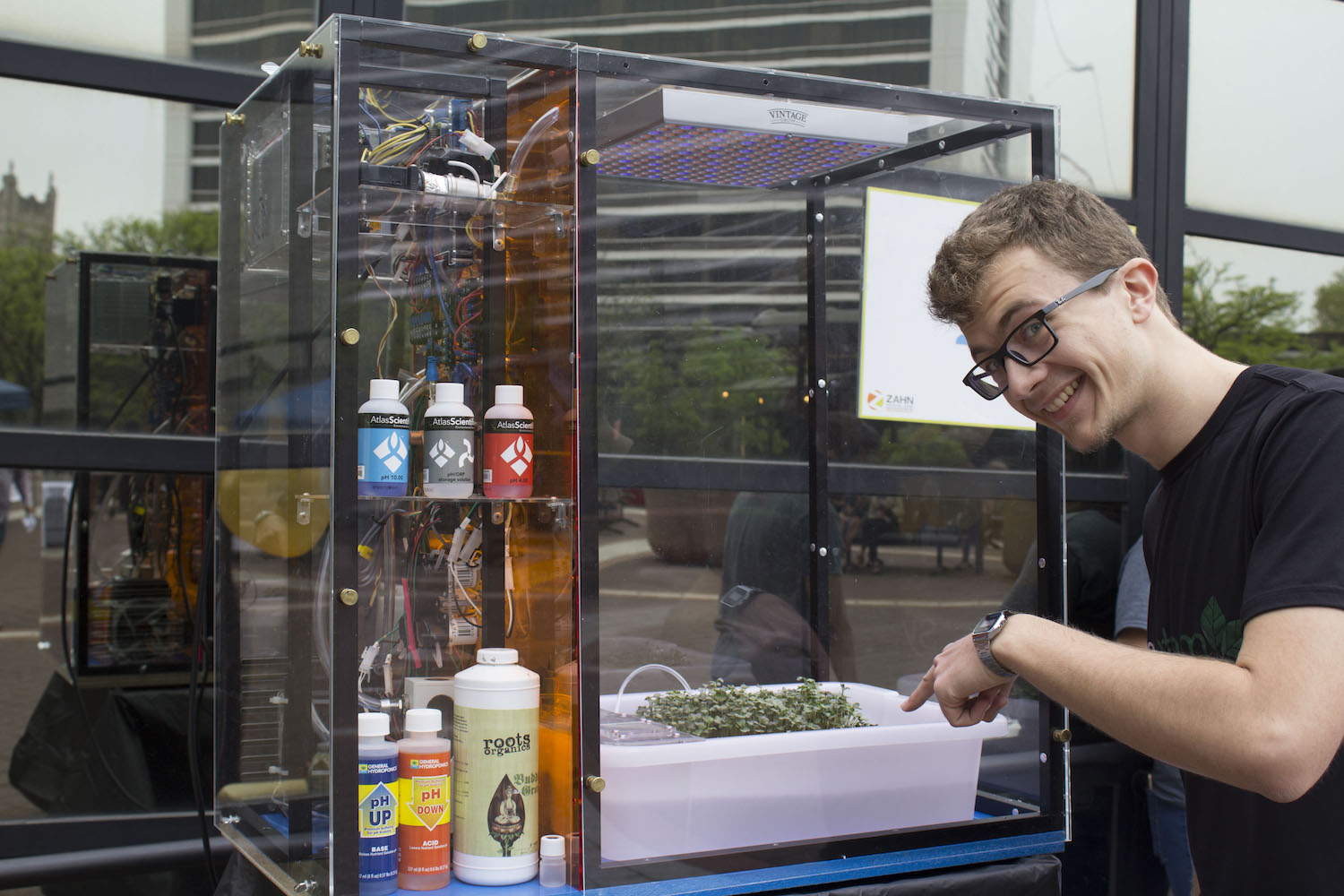 SyStem
SyStem is a team of individuals who are really excited about the future of urban agriculture. As climate change and sustainability become increasingly important issues, it only makes sense that food should be grown where it is intended to be eaten. Their team is working tirelessly to build automated plant growing systems which collect many points of data and use this data to track the entire growth cycle of the plant and manipulate hardware such as lights, heaters and nutrient solutions so that plants get exactly what they need when they need it. They are currently working with mentors at the Zahn Center and the New York Business Plan. Get to know SyStem. 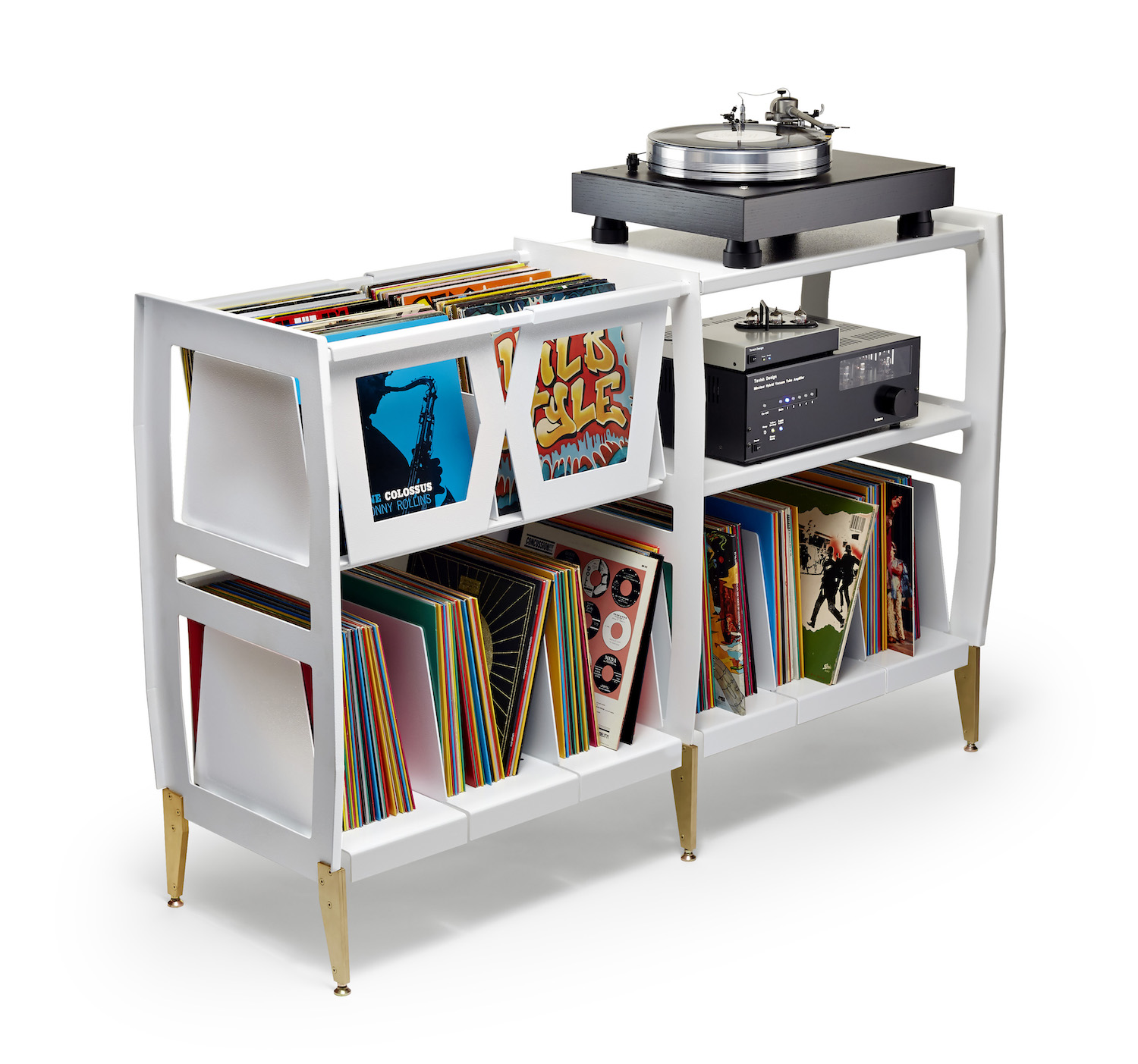