Can the way the workplace is constructed—physically, virtually, and managerially—affect employee performance? The Deloitte LLP Center for the Edge report Work environment redesign, based on a study of more than 75 organizations, argues that the work environment can have a critical impact on employee productivity, passion, and innovation. The study outlines nine design principles that can help employers gain more value from their people.

This case study explores ways that the “maker space” company TechShop is applying these design principles to enhance its own corporate environment.

Founded in 2006, TechShop is a membership-based maker space headquartered in Menlo
Park, CA. With

seven locations up and running and aggressive location expansion plans over the next 5-10 years, 1 TechShop arms the do-it yourself movement with up to 17,000 square feet of space and $1 million of machinery per store to help individuals “build their dreams.”

Moreover, TechShop has partnered closely with Autodesk to provide each maker space with the Inventor Design so ware suite, allowing members to cheaply access and design 2D and 3D models.2 TechShop operates under the belief that learning and performance will be achieved through rapid experimentation and communities designed for serendipitous interactions. Large companies have also started acting on the value of this philosophy.

Helping each other build

TechShop has created a community in which its members gain as much from each other as they do from the tools and coaches o ered as part of the membership. In-house TechShop “dream consultants” help members learn how to use various machines, monitor the community culture, and – perhaps most importantly—actively facilitate “chance” encounters so members connect and share relevant expertise with one another. Members benefit from the community network dream consultants o er, but also feel comfortable asking for and offering each other assistance. is culture of mutual help and open innovation is cultivated and explicitly monitored by TechShop; if members repeatedly ignore the rules, they receive warnings. If the behavior persists, the violator’s membership is discontinued.

TechShop also provides the tools and resources for rapid experimentation in creat- ing physical products, such as the popular DODOcase and Square’s mobile card reader.

In 2010, DODOcase founder Patrick Buckley had the idea to build a tablet case that was both aesthetic and protective. Buckley went through 30–40 iterations of the product. He said, “When we started DODOcase, I didn’t have any tools myself, but I had a membership to TechShop. We do use CAD software but in the initial phase, there’s no substitute for having a physical prototype built.” DODOcase sales skyrocketed, with sales of $1 million in the company’s first three months of operation company considers President Obama to be an unofficial spokesman, as he is often photographed with his DODOcase.

Similarly, Square’s agship mobile credit card reader was prototyped by Jack Dorsey and James McKelvey in one month. They used TechShop’s plastic injection molding machine – a machine that shoots liquid plastic into a mold to harden into a physical product – to build their prototype. Square’s founders had a hard time communicating their vision to venture capitalists until they were able to physically demonstrate the power of a mobile card reader with a prototype in hand. Funding quickly followed, and Square, which now sells its card reader in many locations, was valued at $3.25 billion just two years later.

Other organizations, private and public, are catching on to the powerful possibilities of serendipitous “chance” encounters and open innovation. Enacting a series of open innovation initiatives, Ford collaborated with TechShop to open a workshop in Detroit on Ford-owned property, providing free TechShop memberships to all employees submitting inventions under its recently enhanced Employee Patent Incentive Award program. Ford experienced a 32 percent rise in innovation submissions in 2012 over 2011 and a 55 percent increase since the announcement of enhanced invention incentives, including the TechShop membership.

Engineer Don Price received a TechShop membership as part of Ford’s Patent Incentive Award program for his idea to create an anti- the device for catalytic converters, which are o en stolen from larger trucks because they contain platinum. Lacking access to the equipment necessary to build a prototype, Price used Techshop’s equipment to quickly create a pressure-sensing device. He was able to demonstrate market viability, and Ford has made investments to manufacture the device and include it in future car models.

Similarly, the US Defense Advanced Research Projects Agency (DARPA) has invested $3.5 million to build TechShops in Pittsburgh, PA, and Washington, DC. DARPA has partnered with the Department of Veterans A airs to provide TechShop memberships to thousands of American veterans.12 DARPA acting director Kaigham J. Gabriel believes that open innovation catalyzes performance improvement, saying, “Supporting initiatives that expand the number and diversity of talent contributing to the nation’s defense is critical to DARPA’s efforts in advanced manufacturing.”

Home improvement chain Lowe’s has taken it one step further by opening a TechShop in Austin adjacent to its store. e two share a space so that customers transition seamlessly between Lowe’s and TechShop, purchasing materials at the former and accessing the workshop at the latter.14 From a brand perspec- tive, it’s clear to customers that Lowe’s is an integral part of TechShop’s maker ecosystem and a supportive community leader in the growing do-it-yourself movement. 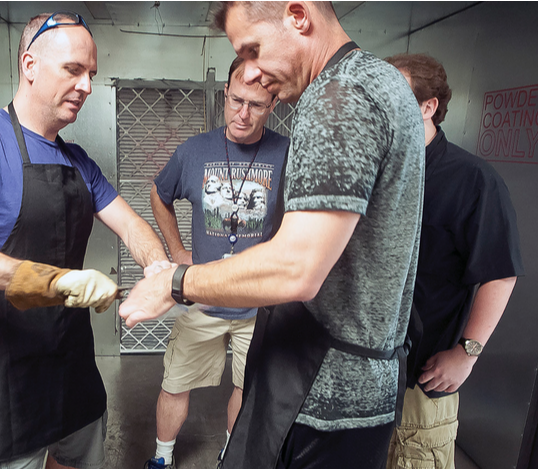 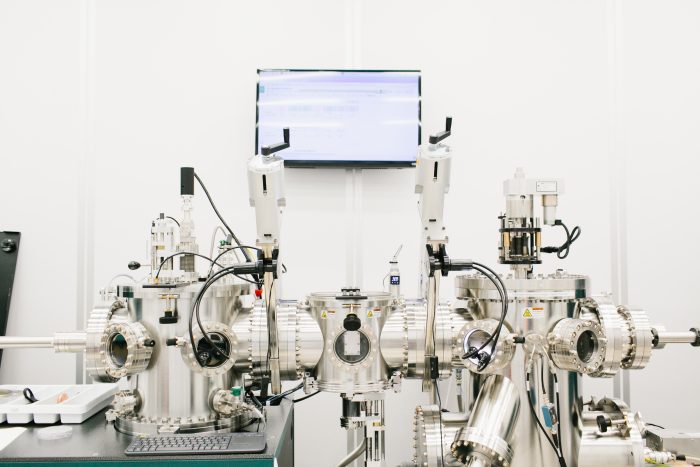 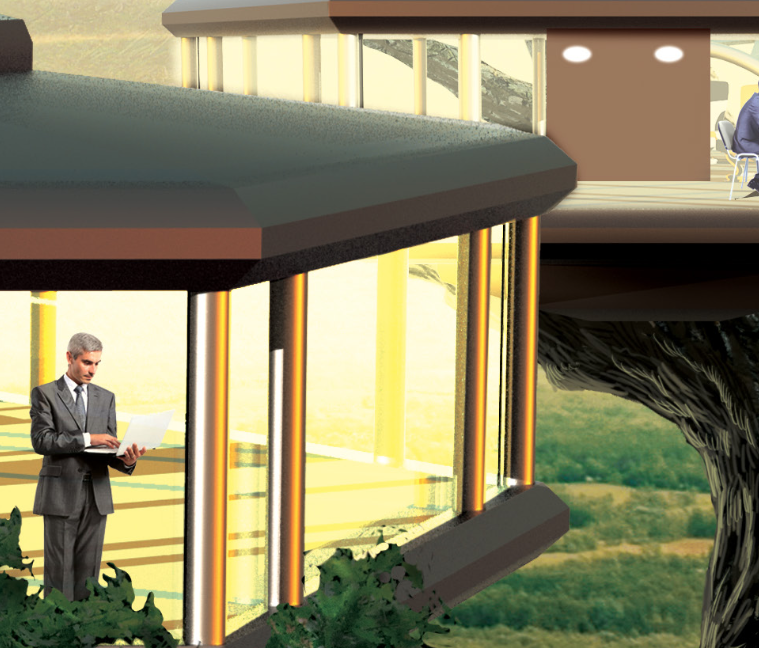